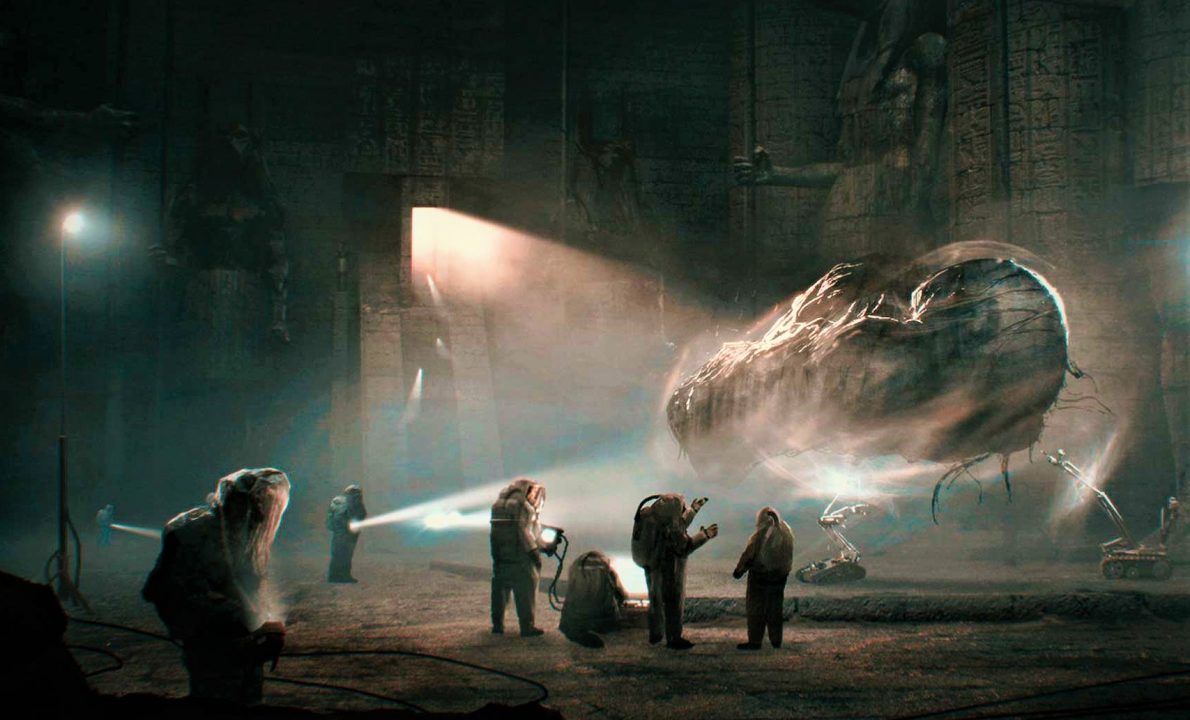 There is only a little information about this “alien mummy” and there is only one documentary that was broadcast exclusively by the Sci-Fi network in 1998, called “The Secret KGB Abduction Files”.

The only authorized opinion was provided by the same American television network at the time of the broadcast, according to which the team of experts responsible for the evaluation of the film confirmed its authenticity.

The American chain has broadcast the film only once, and there is no other copy of the video available, except for these short films that are available online thanks to those who took the time to record the broadcast.

The film would show a secret KGB expedition to Egypt as part of the “Isis Project, “ in which Soviet intelligence discovered the existence of what appears to be the mummy of an alien.(alien mummy).

It all started with the revelations of Viktor Ivanovich, a Russian neurologist, and astrophysicist hired by the Kremlin as a scientific advisor for the development of advanced propulsion systems.

As he tells Sci-Fi himself, Ivanovich had access to some secret files of the KGB in which there was talk of an expedition in 1961 as part of the “Isis Project”.

Its objective was to discover traces of the knowledge and technology of ancient Egypt that could be used for military applications.

Military experts specializing in chemistry and radioactivity, some astronomers, including Vladimir Yuri, and Sami Sharaf, the secretary of Gamel Abdel Nasser, the second president of the Republic of Egypt.

If we take into account the historical period in which the shipment would take place, it is not surprising the political axis between Egypt and the Soviet Union.

Already in the conflict in 1956, when Israel invaded Egyptian territory, as a result of the Canal crisis, the USSR sided with Egypt.

The expedition was organized after the casual discovery of a mysterious tomb by two Bedouins of Magbarat Alzoar in one of the pyramids of Giza.

The two victims, after entering the grave, were taken ill and hospitalized. When they were questioned by KGB agents and Egyptian intelligence, the Bedouins repeated that they had found the “Visiting God.”

Since then, the “Isis Project” became the top priority and all efforts were organized to find and analyze the tomb discovered by the two Bedouins.

The expedition was jointly organized by the two countries in secret, for fear that the CIA, the US intelligence services, might become aware of the discovery.

The most surprising discovery concerns the mummy. The mummy seems to have a height of more than 2 meters high, much greater than the average height of the inhabitants of ancient Egypt.

Carbon 14 analysis by molecular biologist Boris Timoyev revealed that the body dates back about 13,000 years ago, thousands of years before the Egyptian dynastic period.

Whose mummy body content could be in the sarcophagus? What sparked Sci-Fi’s interest in the subject was a film that the American broadcaster seems to have obtained from the Russian mafia through an intermediary.

The film obtained from the KGB archives and the high-security images show the discovery of the sarcophagus inside the Visitor’s Tomb. Sci-Fi experts guarantee the authenticity of the film.

What value can be given to this movie? Is it a joke based on the revelations of Ivanovich?

There is no doubt that the video shows agreement with the data contained in the Ivanovich documents. This, according to some, would be another proof to support the authenticity of the film.

If the information revealed by Dr. Ivanocih is true, we have to reconsider the entire cultural evolution of human civilization. What’s your opinion about it? leave your comment below.

3 thoughts on “A 13,000 years old Alien Mummy discovered by the KGB in Egypt”