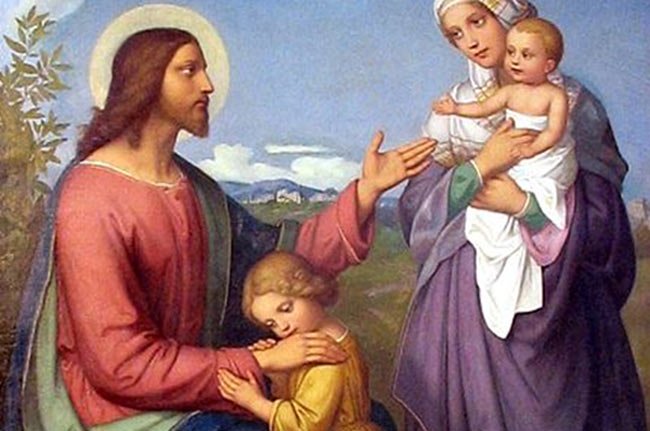 One of the most controversial conspiracy theories of all time is the one referring to the mythical Christian figure of Jesus. According to some of the greatest conspiracies, the Gospel story is an artificial work, and it is nothing historical.

Others suggest that the Christian religion and Freemasonry have the same common origin: Both are derived from the worship of the Sun. These and other conspiracy theories about the figure of Jesus over the years resulted in one of the most controversial books, the one titled The Conspiracy of Christ: The Greatest Story Ever Sold .

In this explosive book, historian and linguist DM Murdock, alias “Acharya S” , presented striking evidence that seemed to demonstrate that Christianity and the story of Jesus Christ were created by members of various secret societies in order to unify the Roman Empire under one state religion. To create this deception, they allegedly used a large number of myths and rituals that existed long before the Christian era, passed down to the present day.

But other conspiranoics have long suggested that the life of Jesus was very different from what they have told us. And now, according to ancient texts known as the “Lost Gospel” that date back more than 1,000 years, Jesus Christ was a man who had two children with his wife. The text, recently discovered in the British Library and translated from Aramaic by Biblical scholars, mentions the marriage of Jesus Christ with a certain woman in addition to the existence of two children of Jesus, with their names and descendants in detail.

The true life of Jesus hidden by the Church

The ancient manuscript discovered in the British Library, dating back almost 1,500 years, says that Jesus married Mary Magdalene and had two children, with their names and descendants. But this discovery has quickly been discredited by the Catholic Church itself, claiming that the text is closer to being a work of fiction like “The Da Vinci Code” than being truly historical accounts.

As reported by various media, the so-called “Lost Gospel”, which has been translated from Aramaic by Professor of Religious Studies Barrie Wilson and historical writer Simcha Jacobovici, reveals surprising new data. Professor Wilson said he found the “ancient Syriac manuscript” in the British Museum, which dates back to the 6th century, but translated from Greek much earlier.

“Piling up dust in the British Library is a document that takes us back to the lost years of Jesus’ life,” writes Professor Wilson and Jacobovici in the book. “According to the document we have discovered, sometime during that period Jesus got engaged, got married, had sex, and had children… Keep in mind that we are not attacking anyone’s theology. We only report on the text.”

Professor Wilson also noted that many academics have known of its existence for at least 200 years, but did not quite know what to do with it. According to Professor Wilson and Jacobovici, the manuscript includes details about Jesus’ political connections with the Roman emperor Tiberius and one of his generals, Sejanus, and says that there was an assassination attempt on Jesus thirteen years before his execution. However, the most controversial claim is that Jesus married Maria Magdalena and they had two children during the time they lived in Nazareth.

According to the Washington Post, “The Lost Gospel” is based on a translation of the Ecclesiastical History of Zacharias Rhetoric, a text brought to the United Kingdom in 1847 after it had been recovered from an Egyptian monastery. It should also be said that although the text does not use the name of Jesus Christ, the character described as Joseph has a lot of similarities with Jesus.

“Joseph in the text made reference to Jesus, and also died and rose again; He also had humble beginnings and ended up being king of the people ”, Wilson and Jacobovici explain. “Joseph had a wife named Aseneth, referring to Maria Magdalena.”

The greatest conspiracy in history

But as we have previously commented, Professor Wilson and Jacobovici are not the first to affirm that Jesus had a loving relationship with Mary Magdalene. Some theologians and researchers have been speculating on the subject for centuries, but writers Michael Baigent, Richard Leigh, and Henry Lincoln were the first to officially write in their book entitled “The Holy Blood and the Holy Grail”, published in 1982 by Jonathan Cape, hypothesizing that Jesus married Mary Magdalene, that they had one or more children, and that those children or their descendants migrated to what is now southern France.

Once there, they married noble families that would eventually become the Merovingian dynasty. This theory was used by Dan Brown in his best-seller  “The Da Vinci Code”, adding that the figure to the right of Jesus in Leonardo da Vinci’s painting of “The Last Supper” was not that of the Apostle John, it was actually Maria Magdalena.

And in 2012, Karen King, a professor at the Harvard Divinity School, presented at the International Congress of Coptic Studies a fragment of Egyptian papyrus translated into English that contained an explicit reference to the marriage of Jesus. The fragment, with eight lines and written in black ink, included the following phrases: “Jesus said to them:” My wife … “, and” … she will be able to be my disciple “.

Although the reality is that it is very difficult to know the truth about the true life of Jesus, there are many pieces of evidence that point out that the great secret of Christ hidden by the Templars, among others, is nothing more and nothing less than his descendants, who even continues in our day.

1 thought on “According to ancient manuscripts, Jesus married Mary Magdalene and had children”