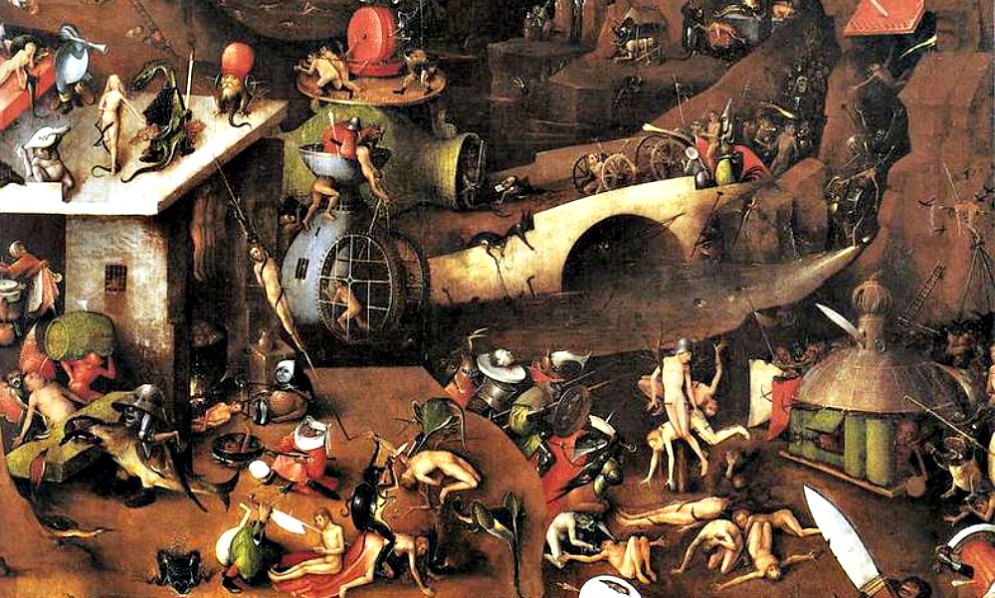 There are countless prophecies about the same universal event in different cultures around the world. Judging by the dates that some point out – like the Mayan calendar – and the descriptions offered, many scholars and scientists agree that they refer to the present time. The Judeo-Christian tradition, for example, speaks of the ‘final judgment’ and both the Maya and the Hopi have bequeathed us similar myths. The only difference is that instead of calling it ‘final judgment’, they call it a time of ‘cleansing’ or ‘cleansing’. According to these myths, the evolution of the universe is cyclical and, like a living body, it becomes healthy and harmonious when all the dirt and scum are eliminated.(Apocalyptic Prophecies)

When different people provide evidence of visions about the same great event, they can naturally differ, and may include different messages and different meanings. For the ancient Chinese, behind the prophecies there are gods who wish to convey a message: certain people would be allowed to establish a connection with other spaces and serve as a guiding thread between the gods and human society. The gods would then channel through these people their visions of the past or the future. Visions that may reflect not only events on our Earth, but also things that happened or will occur in other spaces because, according to the Chinese sages, the great events of our world are a reflection of the changes of the celestial phenomenon .(Apocalyptic Prophecies)

” Völuspá, the prophecy of the seer ” is a famous poem from northern Europe (Germany and the peninsula of Scandinavia). As with other epic tales, the details of their origin are impossible to confirm. It is believed to have been written during the Viking era, before Christianity reached northern Europe; Although it could also have been written before. The poem tells the story of the formation, destruction and regeneration of the universe.(Apocalyptic Prophecies)

The visionary of Völuspá, drawing by Carl Larsson for the Swedish version of the poetic Edda of 1893, translated by Fredrik Sander. ( Public Domain )

His description of the creation of the universe is remarkably similar to the Chinese account of the giant deity Pan Gu who created Heaven and Earth. In the beginning, there was chaos, then appeared the gods, followed by humans – including giants and dwarves , until only the current man survived – and all other elements of the Earth. Finally, a description of a time to come is being woven: the Ragnarök , the end of all gods.(Apocalyptic Prophecies)

According to the prophecy, all the gods will have to face a predestined catastrophe, a multitudinous battle between the straight and the ancient forces of the universe that will end in a total destruction. In this context will emerge a magnificent god who will make a final judgment on all beings and all things. A new world will be created later, and all the gods, including those who died in battle, will be reborn. Peace and happiness will reign, and those lucky humans who have survived will begin a new future.(Apocalyptic Prophecies)

There are several versions of this poem, and all of them are vague and difficult to understand. However, although the minor details differ from one version to another, they all coincide at the time of capturing the basic meaning of the poem: that was, perhaps, the author’s intention. This is also how the ancient Chinese understood that a prophecy should be written. It is not that the author’s intention was to make it difficult to understand the poem, but simply that the prophecies should not reveal too much. Otherwise, they would violate the illusion in which – according to the main spiritual currents – our world is framed.(Apocalyptic Prophecies)

The references of the poem related to gods who suffer calamities are reminiscent of a prophecy of the Ming Dynasty , which we know from a conversation between the first Emperor of the Ming Dynasty Zhu Yuanzhang and the famous prophet Liu Bowen . When the Emperor asked, “What do you have to say about the Dao in that era?” Liu Bowen replied:

At the end of the last Fa-period, countless kings, fo, pusa, luohan and dao will descend into the human world and all will find it difficult to escape from this calamity. Once you have seen the catastrophe that will soon appear, you will also know that in this period, the King of Kings of the universe, Mile – ‘Fo Fo’ will descend into the human world to transmit the Great Law of the Universe. Then, all will be reincarnated using the human body to assimilate the Great Law that the Lord will transmit in the human world. No matter who, the gods in Heaven or on Earth will not be able to escape this catastrophe and will be stripped of their position if they do not find the way of the golden thread, the path of knowledge.

Although the Maya disappeared long ago, the calendar they used, called the Long Count Calendar

, lasted to the present day. According to this calendar, the end of the current human civilization would happen on the last day of the thirteenth ” Baktun “, which in our calendar would correspond to December 21, 2012.(Apocalyptic Prophecies)

In November 2011, according to the National Institute of History and Anthropology of Mexico, a new reference was discovered in December 2012 on a stone found in a Mayan pyramid. Diffused as ” the brick of Comalcalco “, the stone is about 1,300 years old and was placed in the building with its inscription inwards and sealed to apparently not be seen.

In fact, contemporary astronomy confirmed that on December 21, 2012 (exact day of the Mayan prophecy) corresponded to a winter solstice. In addition, the sun was located right in the “crack” of the Milky Way, or whatever, the galaxy “sat” on Earth. Some astronomers defined it as practically “the sky opened its doors to the Earth”.

The predictions related to such observations are now reflected on the back of the dollar bill . One of the designs there stamped is that of a pyramid with 13 levels. At the top of the pyramid comes a brilliant eye symbolizing wisdom. This would involve the awakening of humans after the 13th Baktun. Likewise, the mottos ” Annuit coeptis ” and ” Novus Ordo Seclorum ” would imply that the gods are taking care of our behavior, and that the new order has arrived in the new era, respectively.(Apocalyptic Prophecies)

As for Michel de Nostradamus , who lived between 1503 and 1566, he not only prophesied facts such as the birth of Napoleon, the atomic bombs of Hiroshima and Nagasaki, Hitler’s power, the independence of the United States, the Chernobyl disaster Or the fall of the Berlin Wall. It also implied that there would be a great change in humanity that would begin to develop from 1999, the same year in which the second of the seven Mayan prophecies refers to a loss of control of the emotions of a certain part of Humanity, and the spiritual awakening of the other.

The hour of reflection

There are overwhelming similarities between these and so many prophecies concerning the ‘final judgment’ or the time of ‘purification’, which, coincidentally, do not refer to any particular civilization.