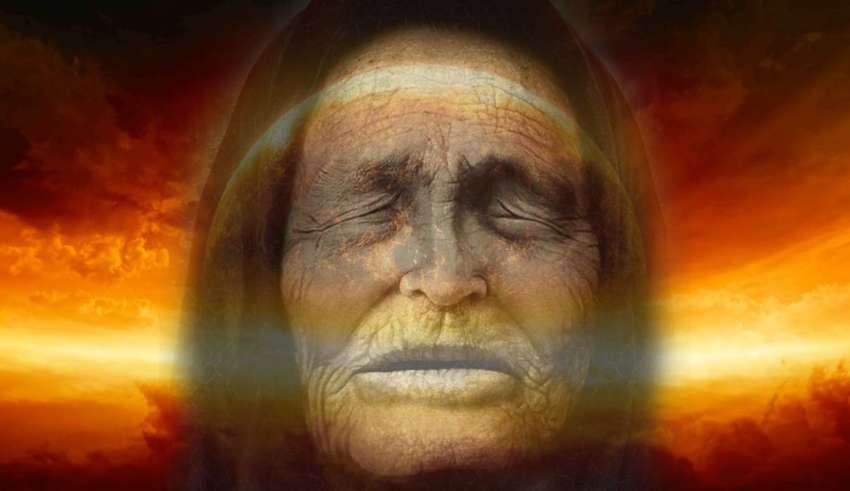 It is hard to imagine that we are almost living in the year 2020. Although we have seen many impressive technological advances, such as artificial intelligence and the phones that are unlocked by scanning our faces, it is not the world of flying vehicles and robot butlers.

Although what nobody can deny is that 2019 has been a tumultuous year. We have witnessed violent protests around the world, an increase in telluric and volcanic activity, extreme neutral phenomena, the process of dismissal of Donald Trump, or the fire of the Notre Dame de Paris cathedral . But everything seems to indicate that 2020 will not be much better.

To get a little idea of ​​what awaits us, a few days ago we talked about the prophecies of Nostradamus for next year, who predicted the death of Trump, a truce with Russia, a great earthquake would shake the American continent and dark times for the Global economy. And continuing with the round of prophecies for 2020, now it’s time to know what Baba Vanga predicted.

Who is Baba Vanga?

Her real name was Vangelia Pandeva Dimitrova and she was born in Macedonia in 1911. When she was 12, she lost her sight after a tornado lifted her in the air and threw her to a nearby field where she was found a few days later with her eyes covered in sand and dust she made her first predictions a few days after this traumatic event happened, and history says she developed healing powers and clairvoyance.

At age 30 she had an encounter with the spirit of a knight in armor, who told her that the world was on the brink of disaster and millions of people would die. At that time, World War II was about to begin. Vanga passed away more than two decades ago and left predictions for recent years such as the September 11 attacks.

Baba Vanga also predicted some important events for the year 2020. If her predictions are fulfilled, Pakistan, China, Japan, and Alaska could be victims of a great wave. 400 people will also die in an earthquake of magnitude 7.5 that will ravage Asia this year, as will the tsunami that predicted in 2004.

A giant meteorite will fall in Russia in 2020. Brexit was also among Baba Vanga’s predictions. As soon as Britain’s exit from the European Union is confirmed, Europe will face a major economic crisis in 2020, according to the blind seer. It is true that the Brexit process is already underway, but it remains to be seen if the economic crisis will occur.

Vanga’s predictions for next year also include an assassination attempt on Vladimir Putin. The alleged murderer would be a member of his security service. Being a former intelligence chief, the Russian president claimed to be the victim of at least four assassination attempts. So a sniper team guarantees its protection constantly. And for the president of the United States there is also bad news. Trump could suffer an unknown disease . Apparently he will suffer from tinnitus, severe nausea and hearing loss. The disease that could be contracted would be the same that some American diplomats suffered when they were in Cuba.

And by 2023 we would suffer a drastic change on the planet because the Earth’s orbit will change. It will influence the weather, the waters and much of nature, causing great difficulty for humanity to adapt. As a result of this calamity, a change in the ideology of social policy would flourish in the main countries and by 2076 the whole world would be living under communism.

Shortly after this reorganization of politics and the world economy, by the year 2100 human technology could create an artificial sun that served both as a source of energy and to heat the planet cooled from the change of orbit. Even as a result of human technological advancement, Vanga said that by 2111 all people would have become robots after finding a way to transport consciousness to a body that would no longer have to suffer aging and die of disease. And with the planet almost destroyed and without resources, this robotic humanity, which would already inhabit Mars, would face an interplanetary war, which in 2183 will trigger the independence of the Earth.

A few centuries after these conflicts, in 2271 the Laws of Physics will be totally altered. This will open the possibility of time travel a few decades later. The race for temporary travel will cause many conflicts between inhabited human planets, and in 3005 there will be a world war on Mars.

The only good news among Baba Vanga’s predictions is only for the year 4308. The seer says that evil will disappear from the face of the planet ; The human being will reach a stage of evolution that will promote the relationship through peace, love and ethics. Then, in 4599, we will achieve immortality. But again we have bad news: we will reach the edge of the universe in 5076 and the world would end three years later.

What does Vanga say about the future?

Baba Vanga’s predictions are almost uncountable. The Bulgarian seer spoke about many prophecies, and many of them hope they will never come true. The future seen by Vanga is nothing pleasant and speaks of the end of the world . There are many predictions that have drawn attention, but if there is one that we have to highlight is about China, which says it will be the next world power.

The truth is that we do not know if these prophecies will be fulfilled, what we do know is that our world has entered into a catastrophic dynamic , where everything seems to fall apart, and the future does not seem to be better.

Will the prophecies of Baba Vanga be fulfilled? What do you think will happen in 2020?

A giant rock(Wizard Rock) mysteriously disappears and reappears in Arizona