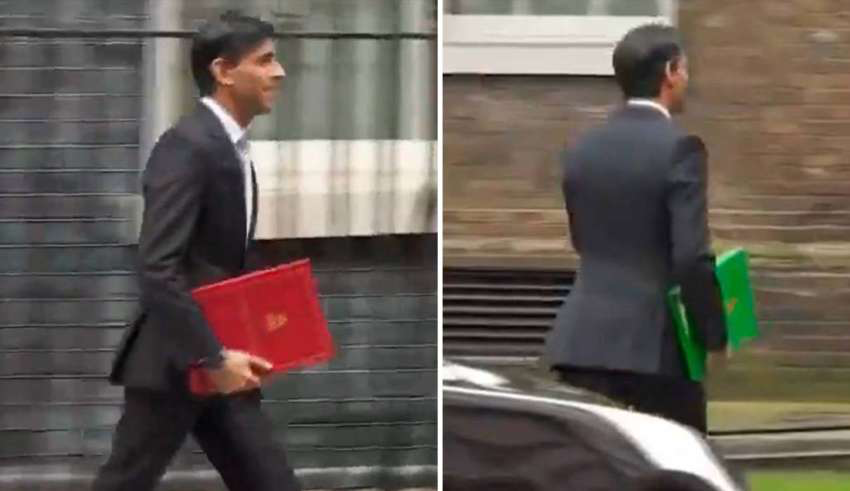 Viewers were baffled when the Budget folder carried by UK Finance Minister Rishi Sunak inexplicably changed from red to green in a video broadcast by the Sky News television station. As Sunak prepared for his first Budget-at-Work speech promising a coronavirus action plan, many were left speechless by an apparent change in folder color.

On Monday night, Sunak appeared walking down the sidewalk with a red folder in his right hand. When he passed a parked vehicle, the folder was briefly hidden from view, and when he got out of the other side of the car, the folder seemed to have changed from red to green. The confusing moment sparked all sorts of speculation on social media, and the most skeptical users said the most likely theory was that it could have been triggered by the television camera filter , which could have been configured in “screen” color blocks. green”.

Interestingly, the mysterious incident occurred before Sunak reported on the financial compensation for the coronavirus which will be available to all those who are advised to isolate themselves, even if they have shown no symptoms. Furthermore, the British government will provide compulsory sick pay to those not working due to the coronavirus and offer loans of up to £ 1.2m to support small and medium-sized businesses.

Leaving this detail aside, alternative theories were also offered for the mysterious color change in the British minister’s portfolio. Some said it was clearly a failure of the “Matrix” . Also, this is not the first time that British television cameras have recorded something similar.

The truth is that Sky News has so far not commented on the strange incident and we believe it will not. But what is clear is that, although all kinds of theories have been offered, it will continue to be a mystery.

What do you think about the mysterious color change in the British Minister’s file? A glitch in the Matrix? Or do you have another explanation?