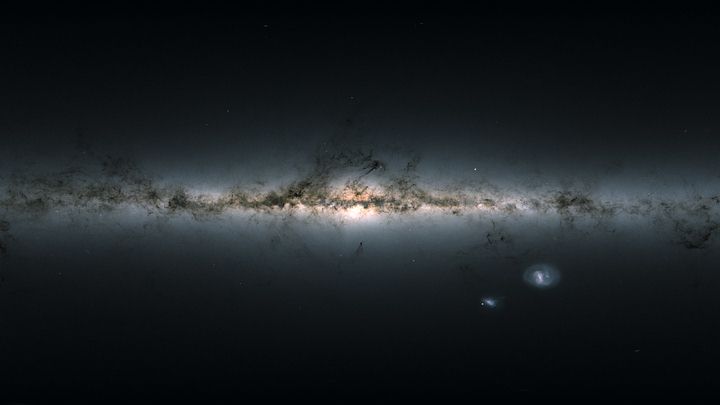 Scientists have no idea how these cosmic structures formed.In a recent discovery, scientists found a cosmic mountain range in the Milky Way.

For us, the night sky looks like a blanket full of scattered stars, but astronomers are learning that in some regions of our galaxy the stars gather in such a way that they create characteristics similar to those here on Earth: currents, waves, arcs and mountains

Tectonic activity is responsible for creating depressions and mountains in our world, but when we speak at the cosmic level, astronomers do not know how stars are capable of — honoring a hermetic principle — imitating such formations. Now, researchers are formulating theories about it, including forces from outside our galaxy. Although, they speculate, the reason for this mysterious topography could be found in the Milky Way itself.

A team led by astronomers from the University of Sydney, Australia, analyzed data from the Gaia mission of the European Space Agency, which made a kind of galactic census cataloging about 1 billion stars with their respective positions and distances. In particular, the researchers focused on a series of eight “crests” of the Milky Way that are distributed forming a “cosmic mountain range.”

They discovered that these ridges are stacked in the middle layer of the galactic disk and that each one has a collection of unique stars studding its tops. By taking data from another mission that studied the composition of the stars, they realized that they all had compositions similar to that of our sun. And since an elementary composition can signal a stellar age, this indicated to them that these young stars were not scattered in the same ways as the older ones, which helps to understand how the mountain ridges formed.

So far the authors of the study handle two theories. The first says that the internal mechanisms of the galaxy are the key to its geography and shape. For example, gravitational interactions that generate resonant waves that at the same time create large groups of matter. Alternatively, friction between stars, gases and galactic dust can lead to the birth of these topographic characteristics, in the same way that garments in the washing machine become entangled during the washing process. The second theory proposes that there is an external force, such as a dwarf galaxy, that stacks the stars.

Likewise, in the computer simulations it was observed that in the latter case, that of the external force, more pronounced peaks were given. “So the height of the ridges could be a way to discriminate between the performance of internal and external processes,” said Shourya Khanna, lead author of the study .

Future surveys of Gaia on stars still uncatalogued could provide astronomers with more clues about the forces that draw the amazing geography of our galaxy.