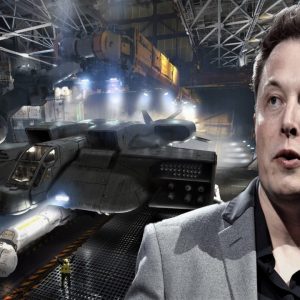 Elon Musk, founder and director of Tesla and SpaceX, dismissed the old belief that the US Government maintains contact with aliens, while ensuring that SpaceX has a special base “better” than the legendary Area 51.

The scenic billionaire Elon Musk also emphasized the importance of future exploration missions to Mars, arguing that there is “a certain probability” that “something could happen to Earth” and therefore the human race.

“There are people out there who think we have found aliens. Believe me, I would know: we have not done it ”Mus Musk stressed in the framework of the World Conference on Artificial Intelligence, which was held last week in Shanghai (China).

“People ask me if I have been in Area 51. Ok, please. SpaceX actually has Area 59, and it’s eight [points] better than Area 51, ”added the technology mogul, without offering more details.

“Probability that something could happen to Earth”

During the event, Elon Musk also emphasized the importance of future exploration missions on Mars, arguing that there is “a certain irreducible probability that something could happen to Earth.”

“Despite our best intentions and everything we try to do, there is a likelihood that external forces or some unforced internal error will cause civilization to be destroyed or suffer enough damage so that it can no longer extend to another planet,” he warned.

In this sense, the billionaire called humanity to work on the construction of technology that allows us to colonize other planets.

“This is the first time in the 4.5 billion years of Earth’s history that it is possible to extend life” beyond our planet, “he said,” stressing that it would be “prudent” to assume that “this window” will be opened “by a short space of time. ”