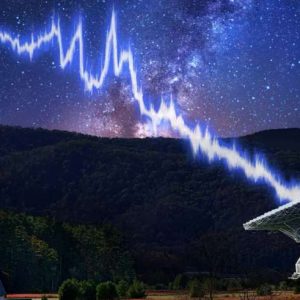 A team of astronomers working with the radio telescope called the Canadian Hydrogen Intensity Cartography Experiment (CHIME) detected 8 sources of repetitive rapid bursts(extraterrestrial signals) of radio (FRB), instantly increasing the total number of phenomena of this type known up to 10.

These are short bursts of radio, which come from outside our galaxy and whose energy can exceed 500 million times the emissions of our Sun. Almost all FRB previously detected do not repeat, which makes it difficult to study the causes of this enigmatic phenomenon.

In turn, the discovery of repetitive bursts(extraterrestrial signals) – six of which have been detected twice, the seventh three and the last ten times – makes it possible to determine their sources and other peculiarities, explained one of the authors of the study published in arXiv.org, Ziggy Pleunis, from McGill University.

Pleunis explained that FRBs are not usually issued at regular intervals, but tend to be grouped together: “Sometimes the source does not explode for hours […] and then, suddenly, multiple bursts occur in a short period of time.”

Therefore, he compared the sources of the signals with terrestrial volcanoes and assumed that some of them – considered so far not repetitive – could be “sleeping” before issuing new signals.

Contrary to the extravagant version of the intelligent origin of these bursts – also supported by some astronomers who think there are civilizations out there emitting them -, Pleunis considered that these phenomena are produced by nature, which does not reduce the relevance of their study.(extraterrestrial signals)

“I think there is very important information in that structure, that we have to understand how to code,” he said. The expert explained that “it has been a lot of fun trying to figure out what exactly that is.”