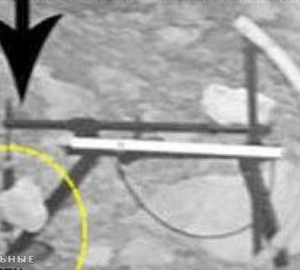 A small private quartz crystal mine called Board Camp Crystal Mine is located in Arkansas, near the town of Mena Where Levitating stones were captured on camera

It was opened in 2008, and work on the extraction of quartz in it began in 2012. The owner of the mine is Orville Murphy, who lives in the city of Mena with his wife Cherill.

Everything went fine, but in 2017, strange things began to happen in the mine and next to it, which Murphy himself and his workers and visitors to the mine noticed – there are also guided tours.

Mostly, strange flashes of light were noticed, but there were reports of incomprehensible shadows and even about UFOs.

Murphy decided to install a CCTV camera at the entrance to the mine, which reacted to the movement and took pictures every time something moved in the frame. And the camera captured something truly extraordinary.

And then it got even weirder, whence a bright light started to flash from above and it was so intense that at some point the camera simply could not stand it and stopped working.

When Murphy uploaded the video to the network, he was interested in ufologists from the organization MUFON. They even decided to come to the Murphy mine and personally inspect everything there. For their sake, Murphy closed the mine for a while and all work stopped there.

“They told us that our video falls under 3% of real evidence of something unusual, while 97% of all messages that come to them on the site, as a rule, have neither photos nor video confirmations,” Murphy said.

It should also be answered that Orville Murphy is a Catholic believer and was disturbed by unusual occurrences in the mine. He was afraid to be ridiculed or ostracized by local residents only for the assumption that his mine attracted aliens or ghosts.

Therefore, since 2017, Murphy has “sunk to the bottom.” His mine works as before, but now the owner avoids any talk of paranormal phenomena as if nothing had happened here.