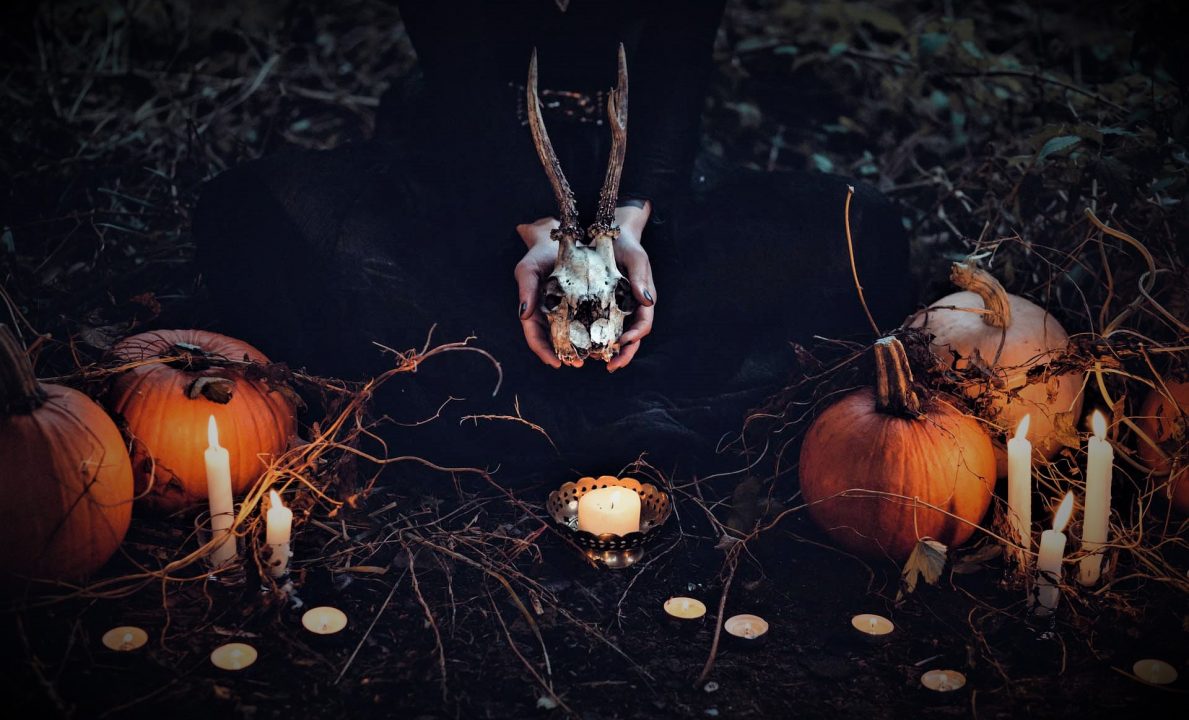 Every year, October 31 becomes the most terrifying night of the year, Halloween, which gives way to All Saints’ Day, when deceased relatives are remembered.(Samhain)

This day is the Christianization of a much older pagan holiday, held in the Middle Ages with the intention of including the people, then reluctant to leave their customs, in the new Christian religion.

So, although it has been changing over the years and new elements have been added, its origin dates back to Samhain, a party celebrated by the Celts, a town that arrived in Europe between 1,200 900 BC and that spread throughout most of the continent between the 5th and 6th centuries BC, especially in Spain, the United Kingdom and Ireland.

The ancient Celtic peoples, at the end of October, used to celebrate a great party to commemorate “the end of the harvest” , baptized with the Gaelic word of Samhain. It means, etymologically, ‘the end of summer’ .

This holiday represented the time of the year when the ancient Celts stored provisions for winter and sacrificed animals. Harvest time was running out, and thereafter, the days would be shorter and the nights longer.

The Celts believed that on this night of Samhain (today Halloween night), the spirits of the dead returned to visit the world of mortals. They lit big fires to scare away evil spirits. It was the night party welcome to the New Year.

The custom was to leave food and sweets outside their homes and light candles to help the souls of the dead find their way to the light and rest next to the Sun god, in the Summer Lands.

Samhain’s night has now become Halloween night. An example of this is the old tradition of leaving food for the dead, today represented in children who, disguised, go from house to house, asking for sweets, with the phrase ‘trick or treat’ (trick or treat).

SEE – The Legend Of Krampus : The Demon Of Christmas

Apparently, the Celts were collecting food around the houses for offerings to their gods. Rituals for those who prepared a large hollow turnip with burning coals inside, representing the spirit they believed empowered them.

On that magical night of rituals, the night of Samhain, the door opened to the beyond and the living and the dead had the opportunity to communicate.

After the Romanization of the Celtic peoples – with some exception as is the case in Ireland – and, although the religion of the Druids came to disappear; The primitive ‘Samhain’ managed to survive by preserving much of his spirit and some of his rites.

Thus, the tradition will be collected and will be extended by the peoples of medieval Europe, especially those of Celtic origin, who traditionally hollowed turnips and inside they put burning coal to illuminate the way back to the world of the living to their relatives dearest dead by welcoming them, while protecting themselves from evil spirits.

With the rise of the new religion – Christianity – the pagan holiday was later Christianized as ‘All Saints’ Day (the English translation is, “All Hallow’s Eve”, hence the current expression of ‘Hallowe’ in ‘ ).