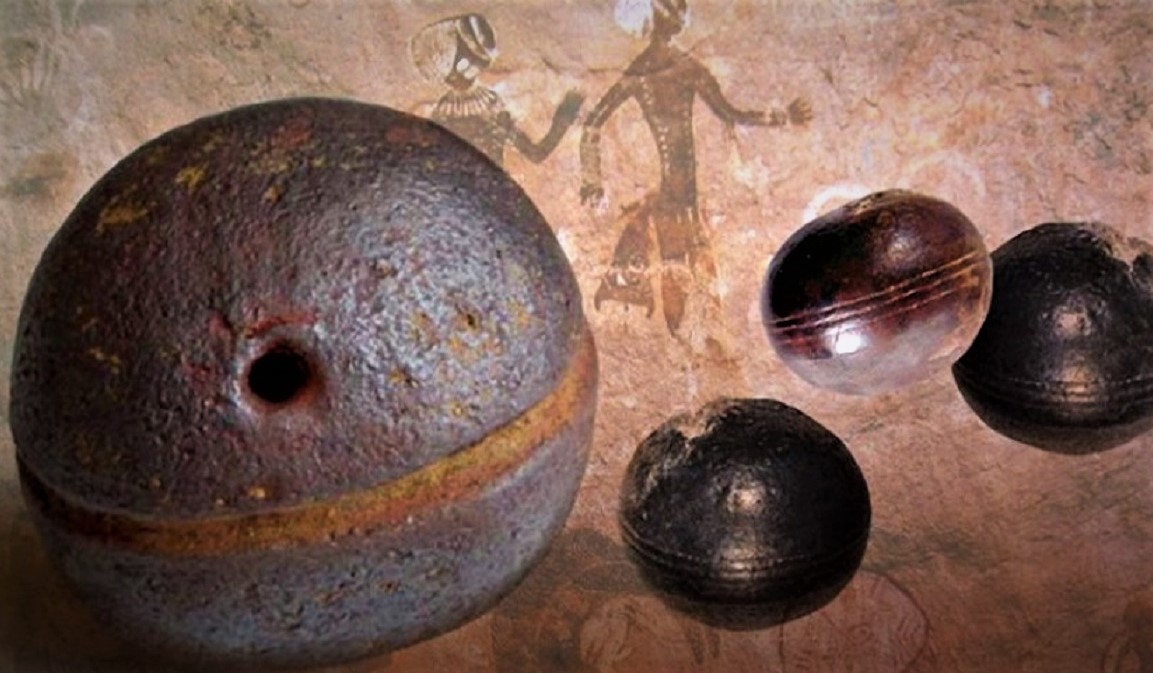 No one really knows when the first of the “Spheres of Klerksdorp” was found. Technology with millions of years?

Collected over several mines in a region of South Africa, these spheres come from sediments that are sometimes just over 2.8 billion years old, making them a rather interesting mystery.

Little information is available about the studies that have been done to the Klerksdorp spheres, the information about them in South Africa or even how many have been collected to date.

Unfortunately, it seems that his analysis has not been taken so seriously by the South African authorities, but we still have some information about its composition and about the properties that they seem to have.

2.8 billion years ago the earth did not resemble anything we know today. The oceans were devoid of oxygen, possibly also salt and were much hotter than today.

There was, to our knowledge, no multicellular life and not even terrestrial life: the world was an arid place devoid of plants or animals.

It would not be until more than 1,000 million years after the first evidence of eukaryotic life and another 1,200 to multicellular life.

It is unthinkable that in these conditions a civilization will develop. Either its traces have been lost along with those of several hundred million years of evolution that led to it (ours, for example, would have taken about 600) or simply never existed.

And although it sounds hard, this last hypothesis of the Klerksdorp spheres is the most plausible, it is difficult to suppose a means by which so much history would have disappeared from the geological records when the “recent” history is preserved so well.

It would be fascinating to think of a civilization that preceded us 2.8 billion years ago, but as I mentioned above, this is highly unlikely due to the nature of the world at the time.

We can, however, think about the remains of an ancient extraterrestrial colony or even objects used for communication over long distances.

The spheres by themselves do not prove much. According to the analyzes, these are objects composed of hematite, wollastonite or pyrite, materials that are not particularly hard or rare.

Some scientists in South Africa consider that objects were created by natural causes and present marks that may well be due to geological phenomena, but others consider such hypotheses unfeasible.

Following the line of Panspermia, some have claimed that the objects would be ancient “seeds” of life, loaded with microorganisms and sent from some distant solar system in space.

The spheres have no trace of life on them today, but they have been buried for 2.8 billion years, so this is hardly natural.

However, there is no evidence that in that particular period there was some kind of change in the development of life, so the hypothesis is very risky.

Others speak of old devices sent, like radars or probes, but of course, the spheres themselves do not seem to belong to any machine known to man. It seems that no explanation fits the objects.

It is curious how the information regarding the spheres is so fragmented and unconvincing. One of the most interesting data, coming from several sources.

It states that the spheres of Klerksdorp were hard and rigid and could not be scratched even with steel, something that would contradict their supposed composition based on pyrite.

In conclusion, not much is known about the spheres, and part of what is known seems to be deliberately hidden. Draw your own conclusions from this