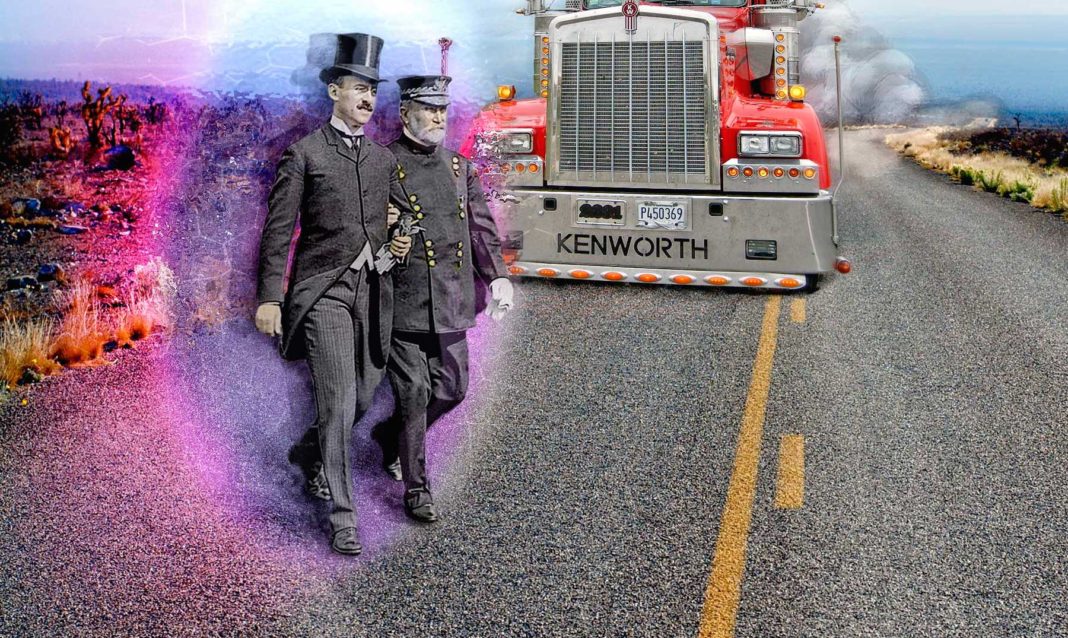 Teleportation consists of the transfer of a person or object from one place to another instantaneously. There are numerous accounts of people who have supposedly suddenly disappeared, and we can find this phenomenon in the myths and legends of many cultures.(The Incredible History of the Soldier Gil Pérez)

In recent centuries, there have been many rumors about teleportation that are yet to be explained. One of the most famous incidents of this type occurred in 1593 when a strangely dressed soldier appeared among the sentinels guarding the Plaza Mayor of Mexico City.

This soldier wore what appeared to be the uniform of a guard, but it was not at all like the one carried by the rest of the guards around him. This is the case of Gil Përez, a soldier stationed in the Philippines who suddenly appeared in Mexico, more than 9,000 nautical miles from Manila, where he was. A case that appears in the official records of Mexico and that has never been resolved.(The Incredible History of the Soldier Gil Pérez)

The history of Gil Pérez dates back to the 16th century, when he was a Spanish soldier and guard of the Governor’s Palace in Manila, Philippines. His life was more or less typical of a soldier during this time until the morning of October 24, 1593. That day, Perez was on guard at the palace when something quite strange happened.(The Incredible History of the Soldier Gil Pérez)

From one palace to another
As the day grew warmer, Gil decided to rest by leaning against one of the walls of the palace and closed his eyes for a moment. After opening his eyes a few seconds later, Gil realized that he was no longer in the palace, but leaning against the wall of a completely different building.

He was still wearing the uniform of the guards of the Governor’s Palace in Manila, who was not at all familiar there, and people began to approach him to ask him questions. Perez admitted that although he realized that he was no longer in the Philippines, he had no idea where he was or how he had managed to get there.(The Incredible History of the Soldier Gil Pérez)

Gil Perez in Mexico
When the officers explained that he was in Mexico City, Perez refused to believe it, saying that he had received orders in the morning of October 23 in Manila and that it was impossible that he had arrived in Mexico City at the Afternoon of the 24.

Perez was taken before the Tribunal of the Holy Inquisition and there the soldier was interrogated exhaustively. He reportedly told the authorities that he had traveled from Manila to Mexico “in less time than it takes to sing a rooster.” During the interrogation, Përez repeated the same story over and over again, his testimony being collected by Friar Gaspar San Agustin. Here are the statements of Perez as transcribed by the friar:

“My name is Gil Perez,” the soldier testified. “As for being here on duty, I do as much as possible what was commanded me. I was ordered this morning to stand guard at the gates of the Governor’s Palace in Manila. I know very well that this is not the Governor’s Palace and I’m obviously not in Manila. Why or how it could happen, I do not know. But I am here, and this is some kind of palace, so I do my duty as much as possible. Last night, the Governor of the Philippines, His Excellency Don Gómez Pérez das Mariñas, cut off his head with an ax and died for this cause. “

The assassination of the governor
The Governor of the Philippines had been murdered by Chinese oarsmen when he was driving with a fleet of galleys to besiege Ternate in Cavite. Desiring to show a gesture of goodwill, Das Mariñas did not chafe the rowers, as was customary at the time, and allowed them to carry weapons. Three days after Das Mariñas sailed from Manila, the Chinese killed him and most of his men in their sleep, seizing the galley.(The Incredible History of the Soldier Gil Pérez)

Saved by a Galleon

The members of the tribunal of the Inquisition did not believe the story of Perez, and they imprisoned him for recognized desertion and the possibility of being in the service of Satan. For two months, Perez remained in a dungeon in Mexico City, until a Galeón (Spanish merchant ship) arrived from Manila. He brought news that Governor Das Mariñas had been killed in the Moluccas by pirates, just as Perez had described months before. Moreover, one of the ship’s passengers recognized Gil and swore to have seen him in the Philippines on October 23 marching with the garrison of the palace.

The Holy Tribunal of the Inquisition of Mexico seemed to have no choice but to believe the story of Perez, who was consequently released from jail and sent home. Perez returned to the Philippines and returned to his former post as guard of the palace, seemingly thereafter to lead an ordinary and quiet life.

An Unresolved Mystery History is an intriguing case about teleportation that has come down to us after 400 years. Some historians, such as Mike Dash, object that the incident only appears in written texts a century after the events allegedly took place and harboring great doubts about its authenticity. Other sources affirm that the history is sufficiently credible and that even a document exists that attests its truthfulness that can still be consulted in the archives of Seville and Mexico City.

As in the past, today it remains an enigma of unresolved history.

Apocalyptic Sounds Are Back: Terrifying Sounds Are Heard Around The World

5 thoughts on “Teleportation? The Incredible History of the Soldier Gil Pérez happened in 16th century (proof of teleportation)”