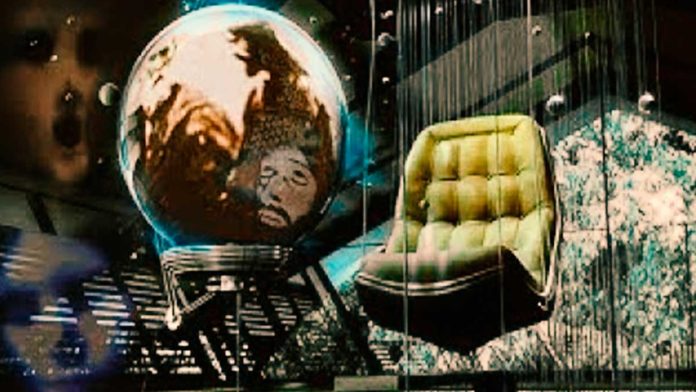 According to numerous reports and stories, among the many supposed secrets that the Vatican maintains is a device called Chronovisor.

The Chronovisor would allow its user to observe past as well as future events. Many believe that this device is one of the greatest kept secrets that humanity has ever had.

Some even believe that it is a crucial “tool” that has allowed the Vatican to preserve its influence and power over the years.

Since HG Wells composed his novel ‘The Time Machine’, many people have been fascinated by the idea of ​​time travel.

Even Theoretical Physics dreams of the possibility of making it work one day. Everything we know about travel in today’s time is related to science fiction, or so it seems.

Interestingly, on May 2, 1972, an Italian newspaper surprised the world when they published an article with a provocative headline: “A machine that photographs the past has finally been invented.”

The article indicated that dozens of scientists created an artifact that allowed them to photograph the past, and even witnessed important historical accounts directly related to Jesus Christ.

The supposed device – which according to many is nothing more than science fiction – would be built in the 1950s by a team of scientists led by Father Pellegrino María Ernetti, an Italian physicist.

It is believed that the team received significant support from Nobel Prize Enrico Fermi and the famous rocket scientist Wernher von Braun.

The Chronovisor would be a relatively small object that would be equipped with a series of antennas, composed entirely of precious metal alloys, cathode tubes, some dials, and levers.

Father Ernetti’s reports suggest that whoever uses the device is capable of capturing and recording specific places, important events and following notable people in history.

It is even said that under perfect conditions, the device offers its user the ability to anticipate what was going to happen in the near future.

However, Father Ernetti remained reserved and indicated that he was not free to disclose more details about the Chronovisor.

According to numerous reports, Father Ernetti used the Chronovisor to witness important historical events, the most notable being the crucifixion of Christ.

French priest François Charles Antoine Brune was one of the first to hear about the Chronovisor.

According to Father François, he met Father Ernetti in the 1960s when they were traveling on the Grand Canal in Venice. Since they were both experts in ancient languages, they began to talk about the Bible and its interpretation over the years.

Father Brune was very intrigued when Father Ernetti revealed that there was a machine that could answer all questions related to the Bible.

When Father François asked him about the Machine, Father Ernetti described the Chronovisor, saying that it was a device that worked like a television, but instead of receiving transmissions from local stations, he could tune into the past and allow the viewer to “see and hear ”Events that happened centuries before.

Ernetti told Brune that the machine worked by detecting images and sounds that humanity had “created” and that they were “floating” in space.

It is said that this intriguing device and the project behind it were canceled by the Vatican but not destroyed.

Some believe that the Chronovisor is somewhere in the Vatican, hidden in one of the many chambers, hidden from society.