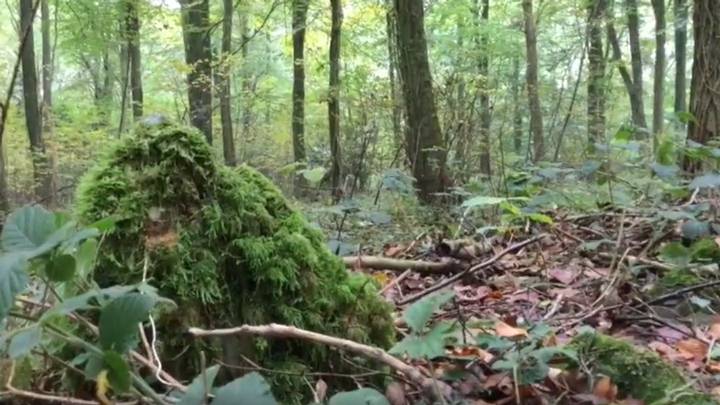 The archaeological team that has discovered it still does not know what uses it was given in ancient times, although most likely it was used to celebrate funeral rituals. This Monument most likely inspired monument that inspired JRR Tolkien and JK Rowling

Thanks to an aerial scanner of the area with laser technology (LiDAR), a group of archaeologists has discovered a huge circular stone monument ( cairn ) in the famous Dean Forest, located in the west of the county of Gloucestershire, England.

It is a set of stacked stones, dating from the year 2,000 BC, built during the Bronze Age.

However, the team of archaeologist Jon Hoyle, author of the discovery, does not know exactly what uses were given to the monument.

Most likely – a hypothesis yet to be confirmed – is that it be used to celebrate rituals, probably funerals, inside; something experts suspect because remnants of fire have been found in other similar rings.

One of the most surprising features of the structure is its enormous size: about 25 meters in diameter.

In fact, the first thing Hoyle thought when he looked at the results of the three-dimensional scanning of the area was that the mound was actually a bunker or a World War II weapons depot.

Speaking to the BBC, Hoyle said that circular stone mounds were “common in places like Derbyshire, Northumberland, and Wales,” but this was the only one known in Gloucestershire County.

In addition, the researcher will include this “exciting and relevant” discovery in his next book, Hidden Landscapes of the Forest of Dean.

As color data, it should be noted that the forest area where the monument was found is well known for English literature. JRR Tolkien, author of The Lord of the Rings , was inspired by this area when writing his peak work, taken to the cinema in the form by Peter Jackson.

But the link with great British works does not end there. JK Rowling, “mother” of Harry Potter mentions this forest in one of the books of the saga of the young wizard, one of the few real scenarios of the plot.