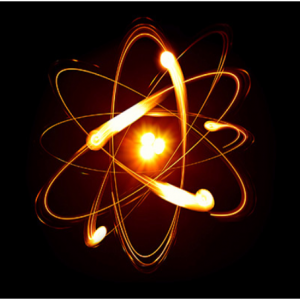 We live in an astonishingly complex universe. Human beings are curious by nature, and we have asked ourselves again and again — why are we here? Where we come from, and where the world comes from? What is the world made of? We are privileged to live in an era in which we have come close enough to some of the answers. String theory is our most recent attempt to answer the last of these questions- “The theory of Everything”.

So, what is the world made of? Ordinary matter is composed of atoms, which in turn are formed of only three basic components: electrons revolving around a nucleus composed of neutrons and protons. The electron is indeed a fundamental particle (it belongs to a family of particles called leptons); but neutrons and protons are made of smaller particles, called quarks. The quarks, as far as we know, are really elementary.

The sum of our current knowledge about the subatomic composition of the universe is known as the standard model of particle physics. It describes both the fundamental “bricks” of which the world is constituted, and the forces through which those bricks interact. There are twelve basic “bricks”. Six of them are quarks — and they have curious names: up , down , charm , weird , bottom and top. (A proton, for example, consists of two quarks above and one below.) The other six are leptons — these include the electron and its two heavier brothers, the muon and the tauon , as well as three neutrinos .

What is String theory?

There are four fundamental forces in the universe: gravity , electromagnetism , and weak and strong interactions . Each of these is produced by fundamental particles that act as force carriers. The most familiar example is the photon , a particle of light, which is the mediator of electromagnetic forces. (This means that, for example, when a magnet attracts a nail, it is because both objects are exchanging photons.) The graviton is the particle associated with gravity. The strong interaction is produced by eight particles known as gluons. (I prefer to call “Pegamoides”!) The weak interaction finally is transmitted by three particles, bosons W + , W- , and Z .

The standard model describes the behavior of all these particles and forces with impeccable precision; but with one notorious exception: gravity. For technical reasons, the force of gravity, the most familiar in our daily life, has been very difficult to describe at a microscopic level. For many years this has been one of the most important problems in theoretical physics — formulating a quantum theory of gravity .

In recent decades, string theory has emerged as one of the most promising candidates for a microscopic theory of gravity. And it is infinitely more ambitious: it aims to be a complete, unified, and consistent description of the fundamental structure of our universe . (For this reason he is occasionally given the arrogant title of ” theory of everything .”)

The essential idea behind string theory which was explained by Stephen Hawking was: all the various “fundamental” particles of the standard model are actually only different manifestations of a basic object: a string. How can this be? Well, normally we would imagine that an electron, for example, is a “little dot”, without any internal structure. A point can do nothing but move. But, if the string theory is correct, using a very powerful “microscope” we would realize that the electron is not really a point, but a small “loop”, a little string. A rope can do something besides move — it can oscillate in different ways. If it oscillates in a certain way, then, from afar, unable to discern that it is really a rope, we see an electron. But if it oscillates in another way, then we see a photon, or a quark, or any other of the particles of the standard model. So that,if the string theory is correct, the whole world is made of strings only!

Perhaps the most surprising thing about string theory is that such a simple idea works — it is possible to obtain (an extension of) the standard model (which has been verified experimentally with extraordinary precision) from a string theory . But it is important to clarify that, so far, there is no experimental evidence that string theory itself is the correct description of the world around us. This is mainly due to the fact that string theory is still in the development stage. We know some of its parts; but not yet its complete structure, and therefore we can not yet make concrete predictions.

1 thought on “String Theory: The Theory of Everything”