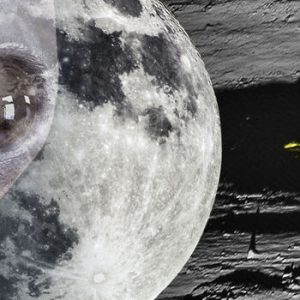 NASA has tried to locate, for the moment without success, the precise location of the Vikram Lander of the Indian mission Chandrayaan-2, which tried to settle on the south pole of the Moon on September 7.

The moon landing was planned in a small patch of smooth plains of the lunar highlands between the Simpelius N and Manzinus C craters. But Vikram had a forced landing after losing contact with the mission control, and the precise location of the spacecraft in the lunar highlands have not yet been determined.

Vikram Lander was India’s first attempt to become the fourth nation on our planet to achieve a soft landing on the lunar surface (behind the US, Russia, and China). The site chosen for the milestone was located about 600 kilometers from the south pole on relatively old land.

Image of the site where Vikram Lander was supposed to land before the attempt of the Indian mission. Credit: NASA / Goddard / Arizona State University.

And it is precisely there that the Lunar Recognition Orbiter (LRO) of NASA passed on September 17. In search of some trace of the fruitless moon landing, he acquired a set of high-resolution images of the area. However, so far, the orbiter’s equipment has not been able to detect any trace of the module or its remains.

According to NASA, it was getting dark when the area was photographed and, therefore, large shadows covered much of the land; so “it is possible that the Vikram moon landing module is hidden in a shadow.” The lighting will be favorable when LRO passes through the site in October and once again tries to locate and photograph the Indian lunar module.